The mechs are winning, but we’ll see if the minions can get their revenge in this board game. 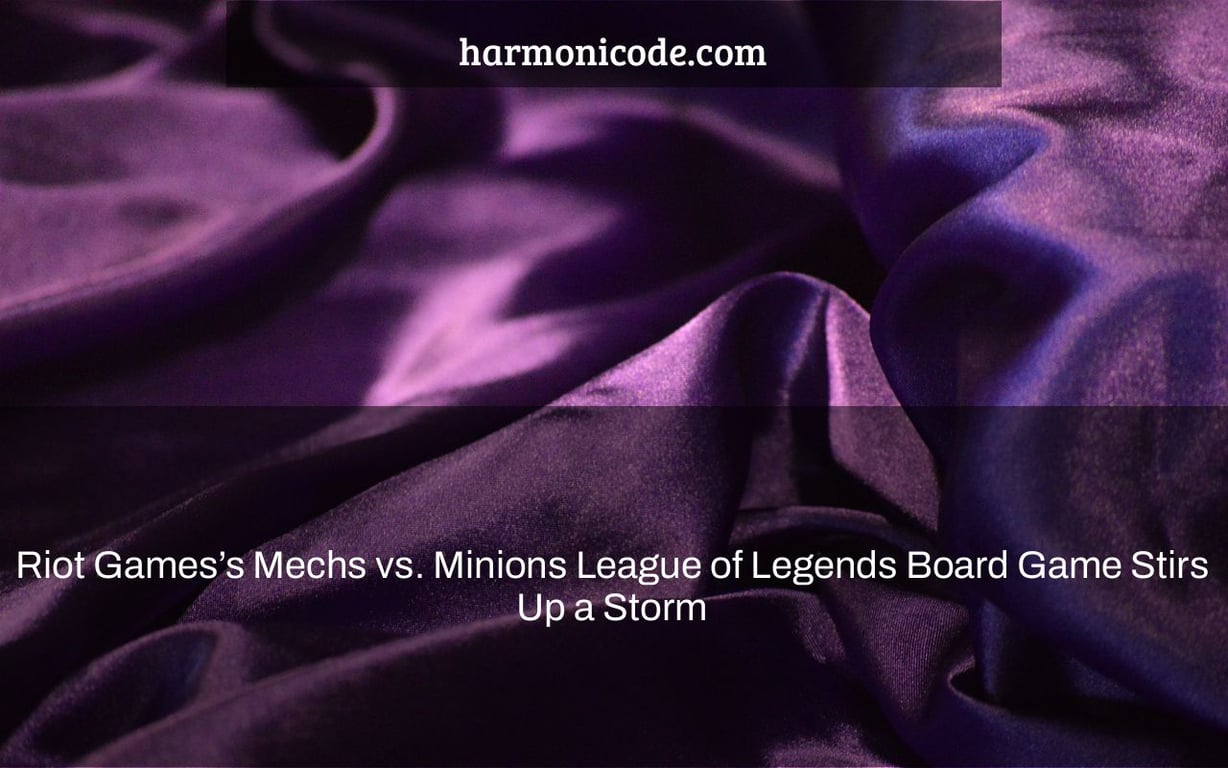 The official announcement of Riot Games’ Mechs vs. Minions board game based on their League of Legends IP may have been leaked last week, but the board gaming community has been taken by storm. All of the Youtube videos of people who had a chance to play the game and offered their views on it left me feeling a little overwhelmed. Fortunately for Riot Games, these first impressions have been overwhelmingly good.

The quality of all of the components was the first thing that struck me when I viewed the leaked images. And it was the minis that really stuck out to me, as I was blown away by the paint work and all of the minion postures. I was discussing Mechs vs. Minions with a buddy earlier today, and I used Star Wars Imperial Assault as a point of reference to underline how beautiful the minis looked. The Imperial Assault minis are already fantastic in my opinion, but Mechs vs. Minions takes things to a whole new level. Surprisingly, they were able to figure it out such that this game can be priced at $75!

The game itself appears to be intriguing, as it combines programmable elements (think Roborally), a sense of mechanics continuity between missions (think Legacy-style games), and variable character powers into a cooperative board game in which your goal is to eliminate all hostile minions on the board. You may also select how you want to build up your mechs as long as you do it inside the time limit.

The mission-based structure is where Mechs vs. Minions will have to win me over. According to the Mechs vs. Minions website, the game will include ten objectives that will take between 60 and 90 minutes to complete. Because of how difficult certain missions may be, there’s a risk that you’ll have to repeat them, but I’m looking for a lot of replayability throughout the game. Granted, I can see some replayability in the way you design your mechs or the mechs you choose to utilize in combat, so perhaps there’ll be enough variety to keep things interesting.

In terms of the League of Legends IP, I don’t think it’s a significant concern. I played the game for three months (mainly as Caitlyn, who loved pestering people with range a little too much), but I never looked into the backstory or anything like that. Tristana, Corki, Heimerdinger, and Ziggs, all of whom appear in Mechs vs. Minions, don’t elicit much of a response from me (apart from Teemo), but I know some people appreciate them, and their personalities fit in with what’s happening on in the game.

So, although I’m enthusiastic about the component quality and want to try it out at some time, it’s not a must-have…. yet. However, the reviews are enticing, and if the game manages to keep people interested, I may have to put it on my Christmas list. The game will be available for purchase on the Riot Games Merch Store beginning on October 13, 2016.